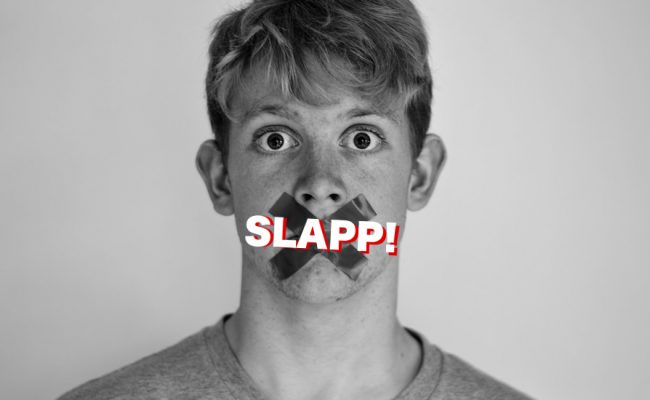 Lexology has a great post by Isaac Binkovitz of Cozen O’Connor on the recent decision in Hassell v. Bird, 247 Cal. App. 4th 1336 (2016), in which Yelp was ordered to take down a defamatory “gripe” post.  The critical Yelp post was about a local lawyer (Hassell), posted by a former client, Ava Bird (it was prompted by Hassell’s withdrawing from Bird’s case, the propriety of which is not considered here).  Bird defaulted in the case, was slapped with a default judgment of over $500k, and Yelp was ordered to take down the post.  The above decision was affirmation of that injunction against Yelp by the California First District Appeals court (4th div.).  It’s now been appealed by Yelp to the CA Supreme Court, so the ball is still in play (thus, the decision may only provide temporary “relief” to the sizeable population of people who are upset about how increasingly-powerful online ratings sites seem to attract, if not actively cultivate, wrong-minded or malicious “gripe” posts).

The central point at issue in the case is whether 47 USC § 230 (the “The Communications Decency Act” of 1996, or “CDA”; in specific, para. (c)(1)) immunizes Yelp from having to take down the post.  Hassell is the latest in a body of case law since the Act was passed attempting to discover the limits of § 230’s “interactive computer service provider” immunity provision.  This has proven such a difficult process because the language of the statute is that “no [such service provider] shall be treated as the publisher or speaker of any information provided by another information content provider” (em. here).  What is the limit of “shall be treated” as far as liability goes? Prior to Hassell, at least, that had been determined to be practically unlimited immunity from liability, including takedown injunctions.  This  seemed somewhat “wrong” to many in the legal community (not to mention  the expanding population of persons subject to various types of harmful online posts and communications).

We won’t retread all of the ground or discuss all of the issues from Binkovitz’s post, but will add some thoughts, particularly on free speech and the scope of § 230’s immunity “right”.

Looking at Yelp’s arguments in Hassell (quoted from Binkovitz):

This seems inapposite. First, there’s the provision of CA law (upon which the appeals court decided) that Yelp can be validly enjoined as a person “through whom the enjoined person may act.” But even ignoring that express provision, there is broad precedent in our legal tradition for third parties being lawfully compelled to follow court orders (if that almost sounds like a tautology, it’s perhaps because it is practically a forgone conclusion these days: courts can order you to do things that courts have determined are legal). Even the humble subpoena (which can issue against virtually anyone, at the behest of any party to litigation) is undoubtedly lawful — though it can be quashed; still, you have to essentially mount a legal defense to do that.  Beyond that, courts can order injunctions against third parties to carry out judgments (e.g., a bank has to hand over assets to satisfy a monetary award if the defendant doesn’t pay; a vendor has to hand over or destroy items infringing upon intellectual property rights, etc.) or achieve all kinds of collateral effects in the interests of justice (the infamous “All Writs Act”, at issue in the recent “Apple vs. FBI” confrontation, embodies this).

There is a superficial appeal to this argument, certainly insofar as one is willing to accept that merely relaying the speech of another disinterestedly is an important “free speech right” (and it most certainly is, since “open forums” are a major vehicle of free speech, in practice).  But the Hassell court, rightfully, pointed out that defamation is not “protected free speech”; and so in normal First Amendment situations, the protection of the speech would end there (think: obscenity, threats to public safety like yelling “fire” in a crowded theater, etc.)  And, painting an additional distinction that I think has some merit, the court pointed out that Yelp had no First Amendment interest in this scenario because “the removal order does not treat Yelp as a publisher of Bird’s speech, but rather as the administrator of the forum that Bird utilized to publish her defamatory reviews.””

Building on that point (and the main reason this sort of First Amendment argument falls flat for me) is that in this context, the “interactive computer service provider” is passively allowing content to be posted, rather than actively selecting it in any meaningful way.  This “passiveness” and agnosticism as to the source and nature of the content (as is effectively required by §2301) bears little resemblance to classical First Amendment re-publication situations, either historically or fundamentally. Making an assertion of §230 immunity could even be seen to negate a First Amendment argument, given the ostensible disinterest in the underlying communication (both its content and originator) in the § 230 immunity case, as with Yelp and other non-editorial forums, vs. the active interest in the classical, editorial-focused (re)publication context.

What’s more, the underlying motivations and public policy of the First Amendment and §230 are quite different.  The CDA § 230 is neither circumscribed to “protected free speech,” nor does it mention “free speech” or its equivalents at all; it’s an economically-motivated law meant to avoid an explosion of litigation that would effectively cripple the internet (of course, that in turn has free speech implications — but they are only second-order; you can bet that ISPs and telecom “common carriers” didn’t truly give a whit about the public’s general right to free speech when they pushed for § 230’s passage).

In sum, the free speech argument actually doesn’t seem to me that powerful or even on-point in this situation.  At least, it should not, by itself, serve to justify a completely blanket immunity that exists in no offline context.

3) it is immunized from liability (including for civil contempt) as a third-party “interactive computer service” provider under Section 230 of the Communications Decency Act (CDA).

Facing § 230 squarely, now: as case law (and events) have played out since the CDA’s passage, it is starting to seem clear that this effectively-unlimited rule goes too far, leading even to distinct societal problems — i.e., situations like Hassell as well as consumer review sites generally (where blatant defamation, often with actual malice, is all too often given aid and comfort), and considerably-more disturbing situations that involve (and cultivate) actual threats to public safety (i.e., “revenge porn,” “doxing” and more direct forms of online harassment). If we can imagine that § 230’s “takedown immunity” shield should be pierced for some level of danger or harm to rights (such as when a victim’s address is being communicated to would-be attackers), then surely we can envision that § 230’s liability limitation — at least when it comes to pure take-down injunctions — should be subject to a more finely-struck balance.

Indeed, it is fairly certain that § 230’s drafters contemplated some limit to the reach of its immunity clause, as the law itself it says (in paragraph (e)) that it shall have “no effect” on criminal law, intellectual property law, communications privacy law, or state law (insofar as it the latter is otherwise consistent with § 230). That leaves quite a significant “escape hatch” open to court orders enjoining egregious abuses; be they takedown orders or more “surgical” censorship.

So clearly there is a line circumscribing the reach of § 230’s immunity. I won’t attempt to draw that line more precisely in this post, but certainly there should be some procedure improvement and standards that would better allow for that drawing process.  For example:

Whatever is done, we have to handle this recalibration with considerable care, so that the “door does not swing too far in the other direction.”  Speaking as someone who has fought against numerous frivolous libel “SLAPP” suits as a small online publisher, I can verify that the risk of such defendants quickly (and unwillingly) defaulting in this sort of strategic litigation (before full litigation on the merits) due to financial strain is high. Yet, bloggers, other small online publishers and social media posters play a key role in investigative reporting (whether lay or professional) as well as whistleblowing. We don’t want the result of a curtailed § 230 to be that well-resourced, possibly corrupt plaintiffs would be further enabled and emboldened to steamroll over less-well-funded SLAPP defendants in exactly the style of strategic litigation that  § 230 was fortuitously (if not intentionally) serving as a last stopgap against.

In achieving this balance, it may not be enough to simply have available procedure in the spirit of the above, as judicially fair as it might be in theory; rather, the economic motivations underlying  §230 must be left largely in tact by the procedure, as applied.  That is, any new changes in the law and/or court procedure must be designed so that the ability of plaintiffs to strategically litigate — dragging third parties into court and committing them to paying large sums simply to assert a right not to intervene — does not obliterate the value of running an open forum. While Yelp can afford to fight such litigation once in a while, they certainly can’t do so for a significant fraction of posts, and bloggers or other small online publishers probably can’t afford to do it ever (give or take). Accordingly, it would make sense for court guidelines to be put in place that would better respect the posture of individual online publishers/forum administrators on a case by case basis — something reminiscent of how the “convenience to the defendant” is supposed to be an important factor in determining personal jurisdiction (not that it is ever respected for online libel suits, of course), or how the cost of complying is a major factor in determining the quashability of document subpoenas (especially those issuing against third parties).

There are probably other great ideas for how to “modify” §230 to better allow for take-downs when rights are clearly more violated by leaving the disputed content up (we have some) — we’d love to hear them from readers.

1. While it’s not directly set out in the statute, there is by now significant case law setting out to what extent “interactive computer service providers” must not modify content to qualify for §230 immunity.  Most on-point, § 230 para. f(3) defines an “Information Content Provider,” in logical distinction to an “Interactive Computer Service” provider, as “any person or entity that is responsible, in whole or in part, for the creation or development of information provided through … [the] interactive computer service.”   There are parallels in the DMCA’s service provider “safe harbor” provisions, 17 USC §512,  which apply so as long as the service provider doesn’t select the source or destination of the communication or modify its content. But per, the case law, the non-modification principle of §230 is not as strict — a publisher can provide editorial support — and even selectively recruit a contributor — much like a traditional newspaper; see Global Direct Sales v. Krowne (yes, that’s me).  To those who object that this seems to go beyond not being “whole or in part responsible” for content development,  note, however, that  §230 does explicitly allow service providers to perform various quality control editorial functions, in para. (c)(2).