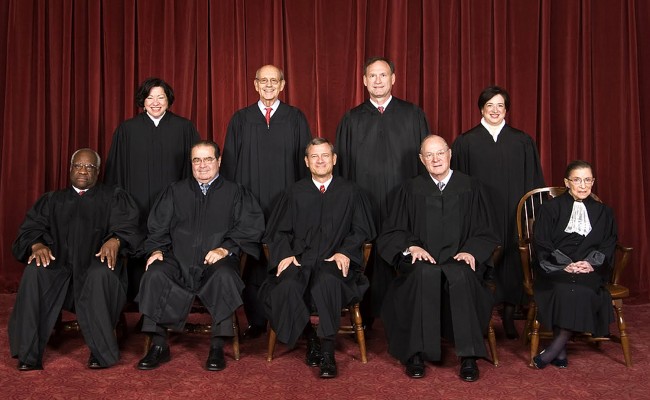 I enjoyed Rick Hansen’s empirical inquiry into sarcasm on the Supreme Court. . . .

. . . (I even cut out the penultimate section excerpting Dean Chemerinsky’s catalog of Scalia’s smackdowns for future reference.)  In my brief experience clerking on an appellate court, I saw judges striving to achieve consensus, mindful to avoid chastising their colleagues.  (This saddened me, as I longed to draft feisty dissents.)  I agree with Hansen: lively legal writing is valuable if it reveals important points while holding the reader’s attention.  Yet those who value decorum understandably cringe when an opinion is unfounded, hypocritical, or condescending.  Or when it undermines credibility by reading more like melodrama than genuine disagreement.  Compare, e.g., Michigan v. Bryant, 131 S. Ct. 1143, 1168 (2011) (“Today’s tale . . . is so transparently false that professing to believe it demeans this institution.) (Scalia, J., dissenting vigorously) with Ege v. United States Dep’t of Homeland Sec., 2015 U.S. App. LEXIS 6968, *14-15 (D.C. Cir. Apr. 28, 2015) (“According to the majority opinion, Ege’s complaint is not redressable by the Court because . . . .  I frankly do not understand that.”) (Kavanaugh, J. concurring softly).

Hansen’s article reminded me of a rumor I heard years ago in a Washington, DC courtroom.  Supposedly, every so often Justice Scalia presents a “Galileo Award” to a district judge whose ruling was overturned by a Circuit Court—whose opinion was in turn reversed by the Supreme Court (with Justice Scalia in the majority, of course).  I have no idea if this story is true.  If it were any other Justice, I’d think not.  But Justice Scalia’s famously cocksure attitude makes it plausible, likely, and awesome.  Regardless, there’s an instrumental value to his forceful prose—it serves as guidance for attacking your opponent’s argument in a way that appeals to at least some judges.

In fact, sarcasm helped me get through my first summary judgment hearing.  Chortling, the judge read a snarky bit from my reply brief, apologized for laughing, and asked opposing counsel if he had a response.  He didn’t.  The butterflies in my stomach evaporated.  He didn’t recover, and ten minutes later I’d won my first defense judgment.  A word of caution to those without Article-III job security, though: A crushing zinger in an otherwise respectful presentation can hurt your opponent; but cheap slights will only hurt your client.

[Publication in The Green Bag forthcoming]